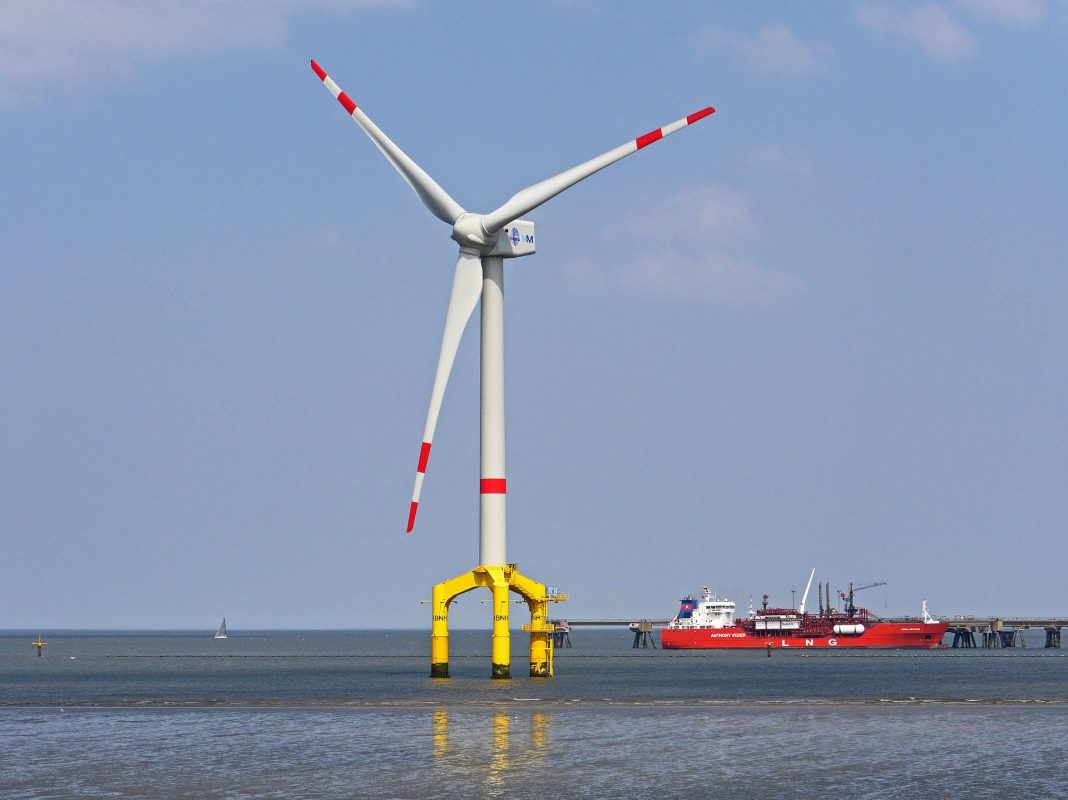 “Benefits to the environment are obvious”

In line with European policies and international agreements, Portugal’s commitment to achieve carbon neutrality by 2050 implies, among other energy transition measures, increasing the production of renewable energies, including wind energy. In Portugal, renewable energies represent two-thirds of all the generation capacity installed in the country. Thanks to its coastal and sea area extension, the country has been experiencing steady growth in the generation of offshore wind power. However, deploying offshore wind farms is still extremely expensive.

Jacket platforms are large structures in the ocean used to explore and extract oil and gas resources from below the sea floor. Nevertheless, these reserves become depleted over time to the point where the platforms are uneconomical to maintain.

The SOS-WindEnergy, a UT Austin Portugal Exploratory Research Project, funded by FCT through the Program, has been granted around 100.000 euros (41.803,50 euros in Portugal plus 50.000 USD at UT Austin) to establish a methodology for fatigue performance evaluation of jacket platforms using available metocean environmental data and stochastic system modeling approaches. The goal is to assess the service life and history of these decommissioned jacket platforms with a view to retrofitting them so as to support wind turbines for the establishment of a sustainable waste-limiting marine renewable energy industry.

We have invited José Correia (Researcher at the Faculty of Engineering of the University of Porto) and Lance Manuel (Professor of Engineering at the Cockrell School of Engineering of UT Austin), Principal Investigators of this high-risk/high-potential 12-month transatlantic project for an interview to learn more about the work their teams have been conducting.

Can you explain the purpose of your project in a very simple way?

LM: Large structures in the ocean, also called platforms, are used to explore oil and gas below the seabed. After many years of drilling and producing, fields containing these reserves are depleted to the point where the platforms are uneconomical to maintain. Since such platforms are often very expensive to construct and equally expensive to remove, this project is exploring ways of using these out-of-service platforms to support wind turbines that can then take economic advantage of a large and expensive asset that has no use anymore, while also producing clean and renewable energy.

The project addresses “the problem of how to safely and responsibly use or reuse existing sites and systems in place for future offshore wind energy generation”. What is the work plan to get there?

JC: This is a summary of our activities to date. The elements of our study are as follows:

2) selection of an offshore structure and development of a structural model for it;

3) simulation of the structural response at critical locations of interest using the computational model for different metocean conditions;

4) assessment of the state of the previously used structure as an oil platform and of the remaining life prior to its use to support a wind turbine;

5) evaluation of alternative wind turbines placed atop the platform where our interest is in assessing the performance of the support structure under various metocean conditions and evaluating economic feasibility, safety and structural reliability over various additional lengths of time.

Are there any offshore sites in Portugal with the potential to become locations for wind energy generation?

JC: In Portugal, there are locations with the potential for wind energy generation that are mainly off the North Coast. For the case study under investigation, our team has analyzed metocean data provided by the entity, ‘APDL – Administration of the Ports of Douro, Leixões and Viana do Castelo, SA’. As a case study, we are using a decommissioned offshore oil and gas platform in operation in the North Sea, to investigate the possibility of reusing it to support a wind turbineafter installation at a site on the North Coast near Leixões (Portugal).

What major outcomes has the project achieved until now? 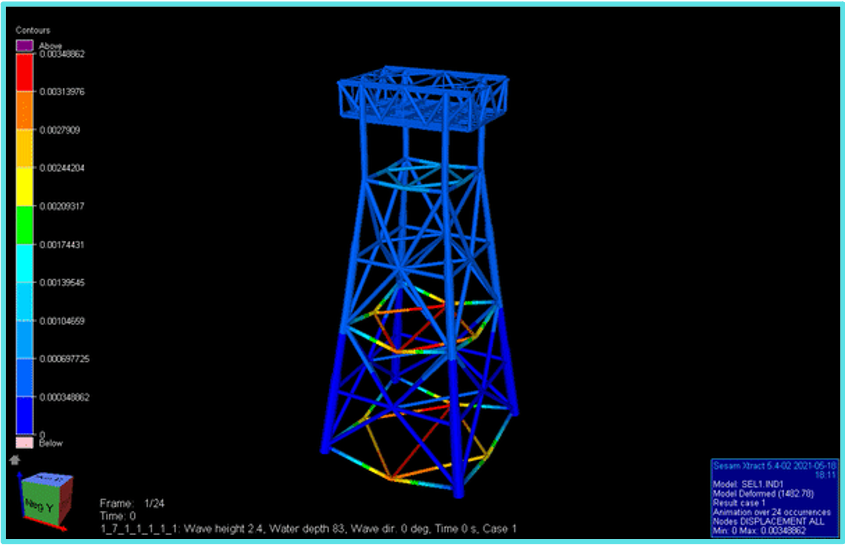 The project is meant to finish in August 2021. How has it been like working with an international team of researchers?

LM: Despite the inability to hold any in-person meetings so far, the teams at UT-Austin and FEUP in Portugal have been holding virtual meetings every two weeks. The exchanges between the two research groups have led to significant new understanding and knowledge transfer. Additionally, the groups have already co-authored publications and embarked on an ambitious set of computational simulations, which once completed, are likely to be the only ones undertaken for such a study, to the best of our knowledge.

When it ends in August 2021, this exploratory phase will have led to several publications in archival journals.

Additionally, doctoral students are being co-supervised, which will especially help address gaps in research areas of great interest to the Portuguese institutions involved (e.g. FEUP, CIIMAR, CONSTRUCT), and also of strategic interest to Portugal. Likewise, UT Austin has been able to learn much from the FEUP group, especially in the area of fatigue and fracture. They also broadened their knowledge of maritime research and economic activities in Portugal.

Studies like the one supported by the UT Austin Portugal Program through this project will have lasting value in an emerging blue economy. The pandemic has presented some challenges, but the teams remained extremely enthusiastic about this project. Based on the accomplishments so far, most of the remaining tasks could be completed by August 2021.

We sincerely believe that even though significant progress has been made so far, more promising developments will be attainable with a project extension.

How will the project’s outcomes contribute to a cleaner and more responsible energy generation that causes less harm to the environment?

The work that is being conducted by the teams, with the seal of the UT Austin Portugal Program, is serving as an important pilot study on the feasibility of using decommissioned oil and gas offshore platforms for wind energy generation. The strategic repurposing of these decommissioned platforms has been shown to lead to almost 97% recycling and reuse of their material tonnage. Benefits to the environment are obvious since such reuse plans will reduce waste and the intended future use also contributes to a cleaner and more responsible energy generation and less harm to the environment.

José António Correia (Researcher at the Faculty of Engineering of the University of Porto) and his team have a wealth of experience in marine renewable energies, offshore, coastal and port engineering, and fatigue analysis and design of offshore structures. Lance Manuel (Professor of Engineering at the Cockrell School of Engineering of UT Austin) has worked many years on problems related to the safety and reliability of fixed and floating offshore platforms, offshore wind turbines, and wave energy converters. His team’s main thrust is to better understand the dynamics of offshore structures and uncertainty propagation from the environment through system response and design. The investigators are Guest Editors of the Special Issue of the Journal of Marine Science and Engineering on “Renewable Energies and Ocean Technologies: Challenges to the Green and Blue Economy.”