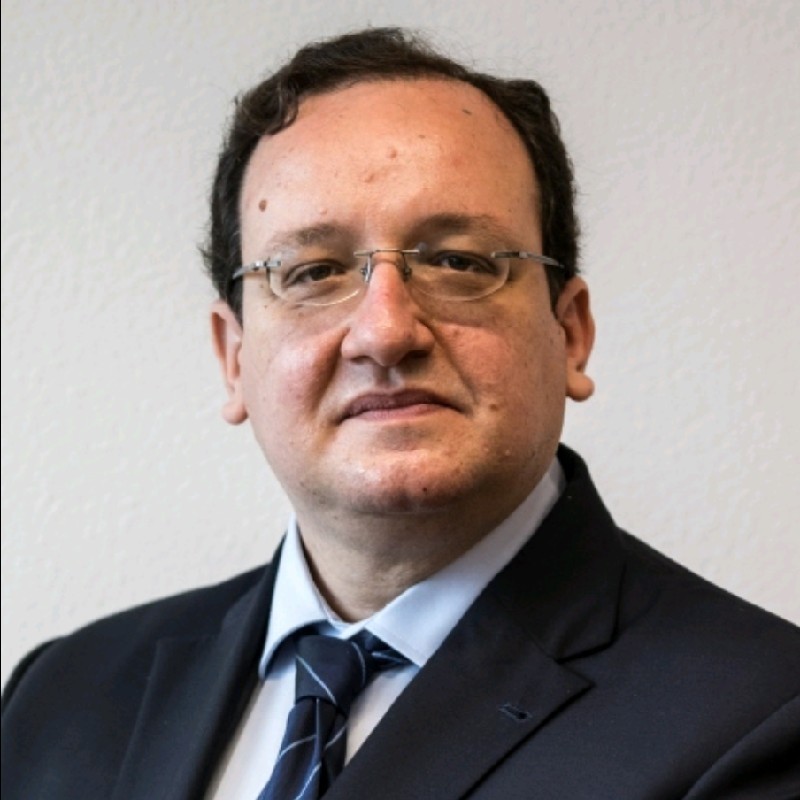 The first time he entered a research lab was by his grandfather’s hand and, until the last year of high school, Nuno thought we would choose a career in chemistry. But Nuno’s fascination about the subatomic structure and the influence of books from Carl Sagan and Hubert Reeves led him to switch it over to physics. Fascinated by the unknown and inspired by the many professors and researchers that have crossed paths with him, Nuno also did a Master’s degree and a PhD in physics. Besides studying particle physics, he also learned computational skills that were crucial for his career development.

Today, Nuno Castro has an extensive career as the Vice-President for research and scientific innovation of the School of Sciences of the University of Minho, professor of physics, and researcher at the Portuguese Laboratory for Experimental Particle Physics (LIP). He is also an active member of the ATLAS Collaboration at European Organization for Nuclear Research (CERN) since 2004. Get to know more about the story of one of our Area Directors for Advanced Computing.

You have a Bachelor’s degree (BSc), a Master’s degree (MSc) and a PhD in Physics. When did you decide to study Physics? Did someone or something (e.g. book, movie) inspire you?

Since my last year in high school, I knew I wanted to study physics. Before that I thought I would follow chemistry – and my grandfather had much to do with it, since the first time I entered a research lab was by his hand. Nonetheless, I soon realized that the subatomic structure, which fascinated me, was mostly a physics topic. From there to particle physics was a natural step. The books from Carl Sagan and Hubert Reeves had a big impact on me and certainly influenced a lot my choices. Also, I would like to mention “Física Divertida”, a great outreach book published in Gradiva, which gave a small, but important, contribution for the decision to pursue a degree in physics. Later, in Coimbra, I had the privilege to have some amazing professors to whom I own a debt of gratitude. And certainly, during my career I was – and I am – inspired by numerous professors and researchers. I wouldn’t dare to name them all, for the sake of brevity, but also because it would be tremendously unfair to forget any. Honestly, I feel very lucky for having had the opportunity to meet and collaborate with so many amazing scientists and to be inspired by them. This is one of the best things in my profession, I think.

Back in the 90s, when you entered the University of Coimbra, what were your expectations? Did you know or have an idea about the career you wanted to pursue? Have you ever imagined you would be joining the ATLAS Collaboration at CERN some years later?

Back then, access to information was much more limited. The world wide web had been born not long ago and online resources were still quite limited. I vaguely knew I wanted to pursue a scientific career, probably in particle physics, but I knew very little about CERN and its experiments. Actually, during most of my BSc I thought I would pursue a career in theoretical particle physics so I didn’t expect I would become an experimentalist. I had the chance to meet some great professors who were kind enough to show me different possibilities and the generosity to introduce me and some of my colleagues to the scientific research world. With some of them I started to learn, for instance, some of the computational skills, which I still use daily. Doing a MSc in particle physics was largely a consequence of the opportunities I had, often in an extra-curricular way, during those years. At this stage, I joined the LIP team working in the DELPHI experiment at CERN, which was my first contact with the international environment in research. At that stage, I was already sure I wanted to follow this path and joining the ATLAS Collaboration in 2004, at the start of my PhD, was a natural step.

On LinkedIn, you describe yourself as a “Particle Physicist interested in the knowledge of the most basic constituents of the universe and its interactions”. What is the most intriguing thing about the Universe? Why?

This is a hard question! As always, the unknown is what fascinates us. In terms of our current knowledge about the universe and its constituents, there is still much to know. Is there anything beyond the standard model of particle physics? Are dark matter and dark energy the explanations for the intriguing experimental data we have from astrophysics? If yes, which particles and forces are involved? Can we probe them with the current technology? These are some of the questions I would like to see answered – and I dare to say that I’m not the only one…

As I mentioned in my previous answer, despite the tremendous success of the standard model of particle physics in explaining the experimental data we have collected so far at particle colliders, there are many unanswered questions which puzzle us. The top quark, being by far the heaviest fundamental particle we know, plays a central role in some of the models trying to address these open points, and that is why it is so appealing to study it. Furthermore, from an experimental point of view, the top quark originates rare and distinct signatures in our data, which might be the smoking gun for new phenomena and possibly foster our knowledge about particle physics and the universe.

The experiments in particle physics, such as those done at CERN, generate a massive amount of data, which requires advanced computing for its analysis. The use of distributed and high-throughput computing for data processing, as well as machine learning for data analysis, is therefore vital for the success of modern experiments in particle physics.

Where does Portugal stand in scientific research in Advanced Computing, and what are this area’s next major challenges?

Portugal has an important tradition in this field, with a very active community spanning over a significant variety of scientific domains. More recently, the National Network for Advanced Computing (RNCA, from the Portuguese – Rede Nacional de Computação Avançada) and its operational nodes have been pivotal in supporting the users’ community. Education is also a key aspect, and programs such as UT Austin Portugal have a tremendous impact on the training of the next generation of scientists, who will take national advanced computing to a new level. In my view, the major challenges of our national community in this field are the ability to explore the synergies between different forms of advanced computing (e.g., distributed computing, high-performance computing, high throughput computing, etc.) and the use of the available resources in Portugal and abroad to reach an even larger community. I have no doubt that a significant part of modern science requires advanced computing. Failing to empower the different scientific communities to benefit from the developments of advanced computing will impact their competitiveness in a very negative way. Furthermore, we need to continue to explore new paradigms of computing, such as quantum computing.