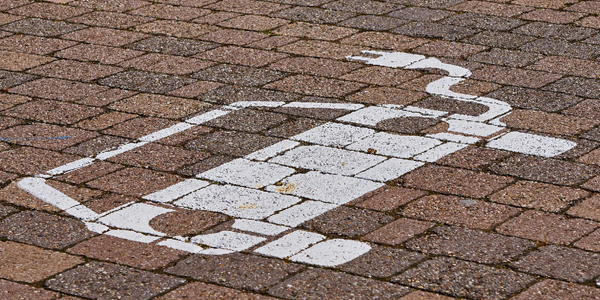 Learn more about the work that is being conducted in “one of the most efficient cooling technologies currently available”.

The UT Austin Portugal Program’s call for Exploratory Research Projects (ERP) opened in 2017, funded by FCT. The goal was to promote and finance short-term exploratory scientific projects proposed by teams of experts and researchers targeting strategic areas of the program. This month, we spoke with the research team of Electrowave – one of the 14 awarded projects.

Led by Ana Moita, from the Instituto Superior Técnico (IST), and Vaibhav Bahadur from The University of Austin at Texas (UT Austin), Electrowave is the acronym for “ELECTROWetting heat pipes for cooling applications in Electric Vehicles”. The proposed work includes the analysis and development of a new technology in order to enhance the performance of the electrowetting heat pipe (EHP).

In an interview with both Principal Investigators, we learned more about this technology conceptualized to transport high heat loads (kilowatts) over long distances (meters).

The Electrowave project aims at analyzing a novel heat pipe technology (EHP), conceptualized by Prof. Vaibhav Bahadur. Can you explain to us how does the technology work and what are its disruptive features?

The Electrowetting Heat Pipe (EHP) is a cooling technology capable of transporting high heat loads over long distances. In other words, the working fluid evaporates when exposed to the heat source, thus removing and cooling the latent heat. Then, the vapor proceeds to be transported to a condenser (cold region) while finally returning to the heat source. The transport of this thermal energy is often limited in their ability to transport high heat loads over long distances. The EHP solves this issue acting disruptively in two ways: i) using electrowetting-based pumping to move the condensate back to the evaporator, and ii) utilizing electrically enhanced evaporators to enhance heat transfer and prevent dryout in the evaporator. In this project, the heat transfer enhancement in the evaporator will be studied via experiments and analysis.

Who would you consider to be the main beneficiaries of this technology in the long run?

The main potential of the EHP technology is to be used in applications requiring the dissipation of high thermal loads. Fundamental research leading to future development of a heat pipe-based solution for thermal management of electric vehicles is the main goal of this project, thus it aims electric vehicles manufacturers as the main users of the final devised product in the long run. There can also be other applications of this technology in the Space and Energy production areas.

All exploratory research projects are characterized by having assembled a transatlantic consortium. What brought the team of Electrowave together and in what way do they complement each other’s work and leverage on mutual skills?

The research group of Prof. Bahadur has a strong background in heat transfer, fluid mechanics, surface science and its applications to thermal-energy systems. They have a dedicated lab with equipment/infrastructure to experimentally study phase-change heat transfer, microfluidics and energy systems. They have also conceptualized the patented EHP technology. On the other hand, the team at IST, led by Dr. Moita, has a strong background in interfacial transport phenomena and in their full experimental characterization under demanding working conditions (close to the final application), using advanced diagnostic techniques in their own lab infrastructure. The team has been previously involved in mobility projects addressing electric vehicles, which is important to implement the EHP system level model as well as the experimental conditions to validate it. Finally, the team at FEUP has a solid background in numerical simulation and modelling, which is vital in the full development of the EHP system level model.

Last but not least, green energy and energy efficiency are topics addressed in many current strategic agendas at an international level. How well do Electrowave’s research goals align with these topics?

Heat pipes are inherently very effective at transporting heat and conventional heat pipes are completely passive devices. This work will enable future development of a new class of heat pipes with much higher performance than current heat pipes, with a very low power consumption. This can favourably impact the energy efficiency in many thermal systems. One of the major goals of Electrowave is to evaluate how this disruptive technology can be used in the thermal management of electric vehicles. In fact, efficient thermal management in these vehicles, particularly considering batteries, is a real obstacle towards their broader implementation in mass mobility market, given the current limitations in fast charging. Electrowave will explore EHP technology to address this important market. In the system level model to be developed, the use of thermal energy transported by the EHP will be explored for powering auxiliary systems in the vehicle.