UT Austin Portugal
Back
Home News What is the current frontier of Space Exploration? The highlights of the... 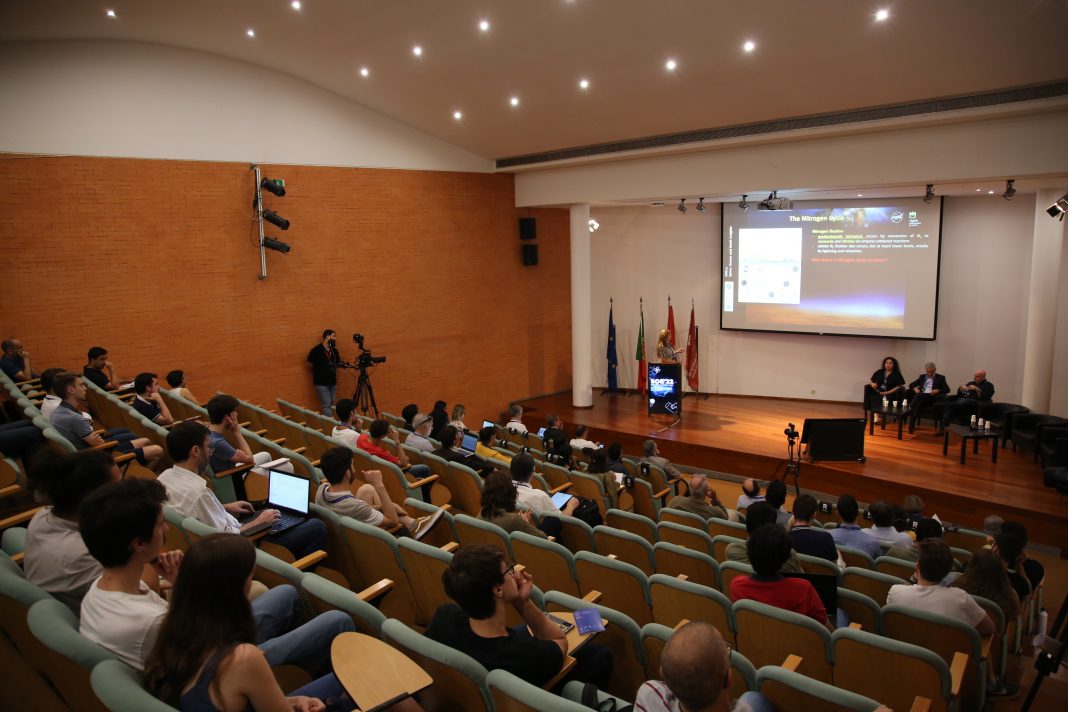 Scientists estimate that the observable universe has a diameter of 93 billion light-years. To our lifespan, it seems infinite, with endless potential for new discoveries that will help us make more sense of the Universe and our planet, the Earth. This universe of multiple possibilities is inspiring for thousands of people that see Space Exploration as a way to push humanity forward. By trying to find the unknown, several inventions that result from Space Exploration can also be used here on Earth, such as insulin pumps, solar panels, artificial limbs or even the cameras we have on our phones.

Space Exploration relies on several fields of knowledge, such as medicine, robotics, geology, and astronomy, among many others. With that in mind, on July 7, just five days before the fascinating first Jason Webb Space Telescope images came public, top-notch experts met at the Porto School of Engineering for the SOE’22 Workshop – Space, Ocean and Earth Insights | Bio, Geo and Tek come together to discuss the current frontier of Space Exploration – to navigate the interdisciplinary research that is feeding into Space Exploration.

One thing denoted in the presentations of all speakers invited on board was how they felt inspired by the achievements of past decades of Space Exploration. But more than a moment to cherish past conquests, this workshop was an opportunity to reflect on the future of Space Exploration, the so-called “Space 2.0”.

The event’s chairs Yvette Gonzalez, Head of International Collaborations and Strategic Initiatives at the International Institute for Astronautical Sciences (IIAS), and Ricardo Conde, President of the Portuguese Space Agency, Portugal Space, reinforced the idea of paradigm change to make Space accessible to all generations and communities and use Space Exploration as a tool to solve the most pressing challenges facing humanity today, such as climate change and space debris.

During the afternoon, all nine speakers had the opportunity to showcase a wide range of state-of-art research topics. Microgravity, Space Exploration educational opportunities, the clinical effects of space flight on the human body, the study of potential life on Mars from Earth and space remote sensing of climate change were some of the topics covered.

Closer to the end, Luísa Bastos, UT Austin Portugal’s Area Director for Space-Earth Interactions, came up on stage to moderate a round table on the current frontier of Space Exploration. The challenges of regulating fast-paced technology development and the opportunities for space education and communication in the new era of space were brought to the table.

The lesson to be taken from the five hours of insightful information is that interdisciplinary and international cooperation are crucial to developing the new era of Space Exploration, an era where everyone can feel a part of and look at the wonders of the universe with their own eyes. “Science is definitely global, science is borderless, science has no frontiers, the scientific development cannot be thrown into economic and political blocks”, José Manuel Mendonça, National Director of the UT Austin Portugal Program, stated in his Closing Remarks.

At the end of the workshop, participants and speakers were presented with a Space Robotics Sunset, and a performance by the Grupo de Fados do ISEP.  A Technological Exhibition from INESC TEC’s Laboratory for Robotics and Autonomous Systems closed this exciting event.